Our culture spends a lot of time demeaning men and undermining the importance of the role of fathers, but wonders at the staggering numbers of fatherless and troubled children. To the fathers out there who stick it out and stand up for their families, and to the men who have stepped up to the plate to fill someone else’s shoes—thank you. You play a vital role not only in your family, but your positive impact is felt throughout society.

My heart aches for those who do not have a father in their lives or perhaps not a good relationship with them. My parents were divorced and I remember the longing and loneliness of watching friends make cards for Mother’s Day while mine was overseas and I had little contact with her at the time. Some feel this emptiness because their parent has died, is not a part of their life, or is physically present but emotionally absent. For those, Fathers Day can be hard. Or perhaps you know a dad who is not shouldering his responsibilities, or doesn’t know how to be a father and needs someone to come alongside and help him. I’m hoping if you know of such a person, you will consider reaching out as a friend or father figure. Click Here to Continue Reading

If you’re a dad with a wayward child despite the time and love you’ve invested in them, God hears your prayers for your prodigal, Dad. He loves them more than you and works to win their heart and draw them home.

To those without a father in their lives or whose father falls short of their call, God sees, loves and aches for you. If you don’t know Him, He longs to make you His own son or daughter.

But as many as received Him, to them He gave the right to become children of God, even to those who believe in His name John 1:12 (NASB)

A father of the fatherless, a defender of widows, Is God in His holy habitation. Psalms 68:5 (NKJV) 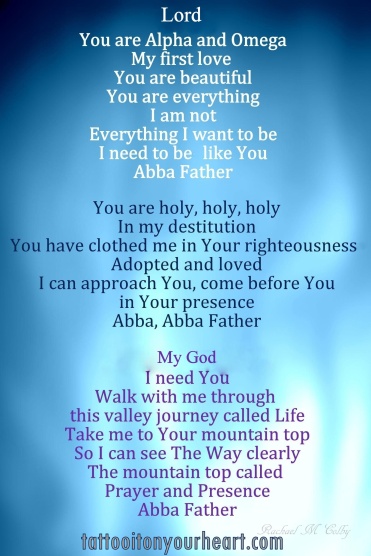 You don’t have to remain a victim of your circumstances. If you grew up with an absent or abusive father, God can break the cycle of destruction; He wants to heal and help you become the person you were meant to be.

A man I greatly admire is John Finch, author of The Father Effect and founder of The Father Effect Ministries and Encouraging Dads. John chose to become a victor instead of remaining a victim of his circumstances when He recognized his inability to fix his life, accepted God’s forgiveness and experienced the healing love God offers when we become His children. John then extended forgiveness to his father and forgiving the offender sets the victim free. As a result, God restored John and used his painful past to create a ministry reaching out to rescue, encourage and equip thousands of fathers and children.

God is a perfect father. He doesn’t fall short like earthly fathers do. When we give  our hearts and hurts to Him we are accepted, adopted, and adored. He  forgives us and enables us to forgive others. God knows and understands us and is always accessible. He is faithful. He will never leave or forsake us. He calls us beloved.

“I will be a Father to you, And you shall be My sons and daughters, Says the Lord Almighty.” II Corinthians 6:18 (NKJV)

For I know the plans that I have for you,’ declares the Lord, ‘plans for welfare and not for calamity to give you a future and a hope.Jeremiah 29:11 (NASB)

Available on Amazon- The Father Effect: Hope and Healing from a Dad’s Absence

From Focus on the Family:

AUDIO: My Dad Was in the Mafia, John Finch on Boundless, from Focus on the Family

The Involved Father, By Glen Stanton

AUDIO,  (Part 1 of 2):  Overcoming the Father Wound, by Josh McDowell

The Significance of a Father’s Influence

When Your Child’s Love Language is Quality Time, Dr Gary Chapman on Focus on the Family

I remember Daddy holding my hand as we entered the gates to the botanical gardens, Wrigley’s gum, Elephant Ear pastries, Matchbox cars and … Click to continue to In My Father’s Steps

CLICK HERE to sign up for the TATTOO IT ON YOUR HEART NEWSLETTER to receive my blog posts, occasional notifications of special events, offers, and free downloads by email.

*This site contains affiliate links. If you click on an affiliate link and make a purchase, I receive a commission at no extra cost to you.

Born and raised in Jamaica, award-winning writer Rachael M. Colby resides in Cape Cod, Massachusetts. Wife, mom, beach bum, artist, work in progress, avid Tweeter—#HealthyFaithChat leader, Rachael writes to glorify God, encourage believers, and reach the lost. She connects culture’s questions with Christianity’s answers, inspires faith, and motivates through articles, devotions, poetry, and interviews. She has a heart for racial reconciliation and to uplift those who serve in tough places. Her work has appeared on Southern Ohio Christian Voice, Inkspirations Online, the Blue Ridge Mountains Christian Writers Conference Blog, in the compilation books Creative Writing Journal: Faith Inspired Writing Prompts & Hope-Filled Poetry, The Courage to Write: 62 devotions to Encourage your Writing Journey, and Defining Moments: Memorable and Inspiring Stories from Outstanding Leaders, and the Oak Ridger newspaper. She runs on copious amounts of coffee and chocolate and a whole lot of "Help me, Jesus." Her WIPS include a compilation of her family’s and others’ stories of their work as civil rights activists (adult and children’s books), and a devotional for writers. You can connect with Rachael on her website, TattooItOnYourHeart.com—a place for seekers, followers, and writers, and on Twitter, Facebook, and Instagram. View all posts by Rachael M. Colby